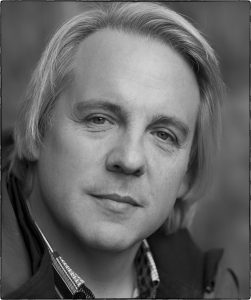 A million years ago when I was a child, I was always fascinated by what could be. I think this was primarily because I was surrounded by what was. As a Native person, I was constantly made aware of our heritage, our culture, everything from the past that made us unique and special. Also I was conscious of the fact that – technologically speaking – we were at a bit of a disadvantage to those who showed up one day for dinner and never left. I remember the first time I saw television, played with a computer, watched Star Trek, and got an electric toothbrush. Darn clever those White people. Native people constantly wonder at the clever innovations and devices the dominant culture feels the need to create – everything from vibrators to nuclear bombs.

As a fan of writing, why shouldn’t my fascination extend to literature? Part of my journey in this life both as a First Nation individual and as a writer is to expand the boundaries of what is considered Native literature. We have many fabulous and incredibly talented writers in our community, but some critics might argue our literary perspective is a little too predictable: often historically based, frequently dealing with the tragedies of colonization, commonly bleak and depressing. But why can’t it be more!?!?

Much like Star Trek’s Enterprise, there is so much out there to explore. Out of sheer interest and a growing sense of excitement, I wanted to go where no other (or very few) Native writers had gone before. So I wrote comedies. I wrote an Ojibway vampire novel. I wrote a musical. I wrote magic realism. And so on and so on.

Now, as we are well into the 21st century, I wanted to explore the concept of Native science fiction, a phrase frequently viewed as an oxymoron. It seemed intriguing to take the concepts of traditional (a word of mixed meanings in the Native community) science fiction characteristics and filter them through an aboriginal consciousness. The final product is a book of short stories I wrote that will be out in October titled Take Me to Your Chief and Other Stories. It will explore time travel, artificial intelligence, alien landings, government conspiracies, talking toy robots, and Native superheroes – all complete with beads and blankets.

It’s frequently said how hard and difficult being a writer can be. But on occasion, it can be a hell of a lot of fun.

Drew Hayden Taylor is a prolific author and playwright with over 27 published books and numerous writing awards to his credit. He was born and raised on the Curve Lake First Nation in Ontario, Canada, and still lives there.