“Nobody can advise you and help you, nobody.”

This is how writing instructor, novelist, and screenwriter Colum McCann starts his Letters to a Young Writer (2017). But if no one can help you write, why bother reading a book that has “writer” and “advice” in its title? Well, let’s read a few letters and find out.

END_OF_DOCUMENT_TOKEN_TO_BE_REPLACED 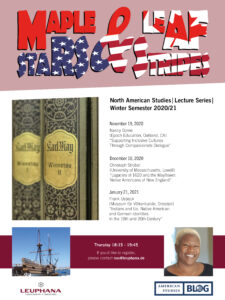 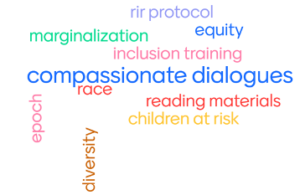 At the dinner table, on the train, or at work, we witness discriminatory language or racist remarks from time to time. We often know that we should say something, but we – for one reason or another – do not always get involved. Many people would like to do more but don’t always know how. Dr. Nancy Dome, who has worked with children and educators for over 20 years, has literally made that quandary both her business and mission. This week’s blog features an interview with the CEO of Epoch Education about fostering the understanding of diversity and the development of inclusive cultures.

END_OF_DOCUMENT_TOKEN_TO_BE_REPLACED

The 2020 U.S. election has people around the world on the edge of their seats, wondering who will become the next President of the United States. The two candidates – former Vice President Joe Biden and the incumbent President, Donald Trump – would become the oldest men to ever have held this office. Another ‘first’ is Biden’s VP pick, Kamala Harris, junior senator from California, the first-ever woman of color running on a presidential ticket. In addition, a global pandemic, an economic crisis, and nationwide demonstrations protesting systemic racism make this election more exciting than ever.

While U.S. pollsters, such as Larry Sabato or Nate Silver, predict a likely victory for Democrat Biden, Trump’s 2016 surprise upset lead many pollster to ask how reliable election polls really are. And sometimes, the best pollsters are not those featured in the news, but are those found in high school classrooms.