END_OF_DOCUMENT_TOKEN_TO_BE_REPLACED

I think it’s likely true that the people of all nations love their patriotic songs even when they don’t agree with their message.

I love American patriotic music, although some of the lyrics are much too bellicose and virtually all of it is much too religious for this atheist to embrace. And the music itself may or may not be American. Indeed, the music of one of our most prominent songs, “My Country ‘Tis of Thee,” is the British national anthem “God Save the Queen.” This rendition is sung by Aretha Franklin at Barack Obama’s inauguration:

Perhaps more ironic is the fact that our national anthem, “The Star Spangled Banner,” a poem written in praise of our efforts against the English in the War of 1812, is set to the tune of a British drinking song, “The Anacreontic Song.”

END_OF_DOCUMENT_TOKEN_TO_BE_REPLACED 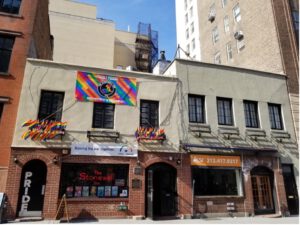 END_OF_DOCUMENT_TOKEN_TO_BE_REPLACED

By Deborah A. Cecere

What does the novel Ulysses (1922) by James Joyce (1882–1941) have to do with American Studies? The answer is simple: Bloomsday is an annual literary festival celebrated in many U.S. cities, around the globe, and particularly in Dublin, the setting of the novel. The event is named for one of the novel’s protagonists, Leopold Bloom. The novel takes place on June 16, 1904, the day that James Joyce met his later wife, Nora Barnacle. Celebration activities include dressing up in period costumes, readings, theater performances, film screenings, and art exhibits associated with the novel and Joyce’s writings and life. The liveliness of the festivals testifies to the fun of reading Ulysses, especially if it’s read aloud. The novel is often mistakenly described as inscrutable for the average reader, but it is perhaps more accurately described as surprisingly readable.

In honor of Bloomsday, I’ve imagined a tongue-in-cheek letter of condolence from Milly Bloom, now fifty-two, but at the time of the novel the fifteen-year-old daughter of Leopold Bloom and his wife, Molly, to Mrs. Joyce (born Nora Barnacle). The letter is dated 1941, nineteen years following the novel’s publication and thirty-seven years following that famous day in Dublin in 1904.

END_OF_DOCUMENT_TOKEN_TO_BE_REPLACED

Every so often, a book comes around by an author you’ve never heard about – although you pride yourself on always following new, enticing, and award-winning publications from the U.S. Well, The Friend is a novel (the sixth!) by a woman whose name I’d never encountered before: Sigrid Nunez. Not George Saunders or Colson Whitehead, not Joan Didion or Louise Erdrich, but Sigrid Nunez. And when I saw a Harlequin Great Dane on the cover, I knew I needed to read it.

END_OF_DOCUMENT_TOKEN_TO_BE_REPLACED

Let’s keep it simple. Bob Dylan, the only singer and songwriter who has won the Nobel Prize for Literature, turned 80 on May 24th. We would be surprised if you couldn’t name at least one of his songs.

The American Studies Blog decided to honor him not with a list of his numerous achievements, awards, and fun facts as others have already done that for us. Instead, we want to share a bit of his music that continues to inspire new generations.