Imagine the following situation: You want your students to read out their results, but you are running low on time. Your students are highly motivated, and most of them want to share their work with the class, but it is clear from the start that you can’t involve all of them. What do you do now? Pick your ‘favorite’ child? Pick the child who did the best job as an excellent example to the rest of the class? Or would it be better to involve the shy child and give her a chance to contribute to the class? Will some children feel neglected or preferred? 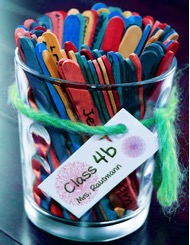 Last summer, I spent three months in the United States where I’d been offered a chance to observe different elementary school classes. There I found a solution to the problem mentioned above. In one class – full of highly motivated fourth graders – I noticed a beautifully decorated jar filled with tongue depressors. At first, I couldn’t think of any purpose for this glass, so I decided to ask the teacher about it after class.

END_OF_DOCUMENT_TOKEN_TO_BE_REPLACED

Ah, Christmas! The holidays are around the corner, and this means a combination of an incredible amount of delicious food (don’t we all love Grandma’s cooking?!) as well as presents and some quality time with our families that we’ve either looked forward to or have secretly dreaded for months. Either way, I’m sure that by now you have probably established a little family tradition of your own when it comes to deciding on your ultimate Christmas movie selection. So let’s look at a few movies that should definitely make your list.

George Bailey has spent his entire life devoting himself to the people of Bedford Falls. Broken and suicidal on Christmas Eve, he decides that his family and friends would be better off without him. What he doesn’t know is that they have prayed for him to get through these hard times, and that their prayers have been heard: His guardian angel Clarence falls to earth to show him how different the lives of his loved ones would have been if it wasn’t for him. Heartwarmingly beautiful and deeply moving, It’s a Wonderful Life teaches us how much it means to look after one another – a message that makes this movie worth watching over and over again.

END_OF_DOCUMENT_TOKEN_TO_BE_REPLACED

Cat got your tongue? Excuses, excuses. In the improvisation game, “The Storytelling Circle,” you’ve got to talk—right away and on the spot—whether you want to or not. No excuses. No exceptions. No exit.

END_OF_DOCUMENT_TOKEN_TO_BE_REPLACED

Nature doesn’t really care whether there are human beings or not.
I’m sorry to break this to you.
– Margaret Atwood

I’m not sure what I need to comment on first – the bloem or that wry, newsflashy quote. Let’s start off with the easy things first – the quote. Canadian environmental activist and contemporary Scheherazade, Margaret Atwood, really knows how to drive her point home and reverse perspectives. Isn’t it utterly refreshing to hear Nature’s point-of-view? Although She may not care about our existence, we should definitely be concerned about Hers – especially on Her special day – April 22 – a.k.a. Earth Day!

Now you might be wondering what a bloem is or maybe you’ve already guessed by now that it’s a portmanteau or a blend – a word formed by clipping two words and then merging them: blog + poem = bloem. If you ask me, it’s quite a simple equation and an appropriate tribute to World Book Day, which happens to be on April 23. If you’re interested in words, literature, the future of books, and their connection to the environment – for there is one – then you are cordially invited to sample my bloem, “The Future of the Library: The Future Library,” which serves as an appetizer for the main course, an interview with Margaret Atwood about this fascinating literary and environmental project.

END_OF_DOCUMENT_TOKEN_TO_BE_REPLACED 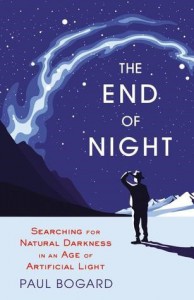 On Friday, October 16, our group of five – two master students, three bachelor students, and I – set out from the Institute of English and American Studies at the University of Oldenburg for a four-day excursion to the ecological field station of the University of Potsdam in Gülpe. This small village is located approximately 70 kilometers northwest of Potsdam, or circa 85 kilometers northwest of Berlin, along the eastern border of the Nature Park and Dark Sky Preserve Westhavelland. Here, we wanted to study, debate, and directly experience darkness in an area that still afforded a phenomenon that is increasingly lost to our brightly illuminated European continent: dark night skies. The plan for this long weekend was to have the afternoons set aside for text discussions and to venture out into the dark after the moon had set. The mornings were free to either recover from our nocturnal activities or to explore the wetlands of our immediate surroundings.

Included in our considerable amount of luggage – the ecological field station requires self-catering – were three seminal texts for our ecocritical studies of darkness: Richard Louv’s Last Child in the Woods: Saving Our Children from Nature Deficit Disorder (2005); Paul Bogard’s The End of Night: Searching for Natural Darkness in an Age of Artificial Light (2013); and the chapter entitled “Ridge” from Robert Macfarlane’s The Wild Places (2007). Although the titles of the first two books express a sense of loss and therefore suggest a yearning for an earlier, better, more “natural” life, Louv and Bogard both investigate the Anthropocene with an attitude that combines curiosity, fascination, and pragmatism rather than regression, nostalgia, and moralizing. END_OF_DOCUMENT_TOKEN_TO_BE_REPLACED

One week before Christmas and no gift in sight?
Allow me to assist you out of your plight
For who really wants one more thoughtless gift?
Doomed to be piled on the re-gifting snowdrift
So why not create a story to tweet
In 140 characters – short and sweet 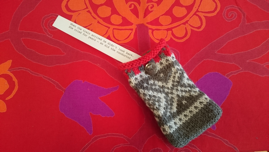 Well, actually in 280 characters or less as Twitter has recently doubled its tweet length. No Twitter account or money is required – just a bit of time. There’s no reason to fall under the glamour of the pre-holiday commercialization craze. All you need is a seed for a story that you can let grow and trim back into shape. You can do the old-school thing and write or type it on a decorative piece of paper. Then just stuff it into a little stocking. Of course, you can text or WhatsApp your gift of twiction as well. In search of ideas? Then take a peek at some of the twiction from my creative writing students.