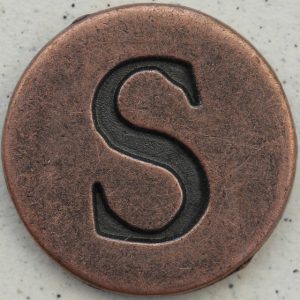 o here I am in famous Montmartre next to 50 other unknown artists who all do the same thing – draw famous people. Ironic, isn’t it? It’s October, and the leaves are fading. I call it fade, not fall because when you stand on this mountain all year long, you see how everything fades away. The view is fading, the heat is fading, the customers are fading. What can I say, you get used to it.

The first years, I still shaved and kept my hair short, but you let go of those vanities after a few cold winters out here. And you realize: Nobody cares. The only thing your customers care about is that you’re wearing a beret. I guess they think it’s artsy and French. Hypocrites.

The air is crisp, and I’ve got to concentrate pretty hard on keeping my strokes steady. I take a sip from my thermos to warm up a little more. I love the burning warmth that stretches from my throat to the pit of my stomach. My customer, an elderly guy with a beret and a Burberry coat that looks like it’s been passed down for generations, seems to find silence uncomfortable and tries to make small talk. He asks for my name as if he knows that André Durant was only a fake name. I think for a second. Probably he wants me to have a French name, you know, for the holiday memories, but I don’t wanna give him that satisfaction.

Maybe you can tell – Bob is also not my real name. My name is Jude. Like Jude Law, which would be kind of OK I guess, except it’s not. I’m not named after Jude Law – which would also be weird, since he wasn’t even born when I was born – but after Judy Garland. It will probably not come as a surprise to you that my mother is slightly obsessed with her.

Speaking of my mother, the truth is she never wanted a kid. But later, she found at least one perk about becoming one: She could name her child after her idol, her madonna, her kindred spirit. But I did not turn out to be a girl – probably the first disappointment in a long string of disappointments for my mother. And instead of coming up with another name, she insisted on calling me Judy. On paper it says Jude, but she kept calling me Judy. Why couldn’t she have just gotten a tattoo or something?

So, in a nutshell, on a list of things that I hate, the top 3 would be:

But I truly believe that my biggest inspiration – my muse and my kryptonite – is exactly this hate list. I wanted to leave home as soon as possible and change my name. And when I found out that artists don’t use their real names anyway, becoming one seemed like a good career choice. And guess who I’m drawing right now. Exactly. Judy Garland.

Carla Rebecca Lüps is a business student at Leuphana University, Lüneburg. She likes to take courses that focus on ecology, sustainability, and foreign languages. When she’s not at the university, you can probably find her in her natural habitat (the coffee shop), or outside enjoying a game of table tennis.