President Obama has proposed to make the first two years of community colleges (CC) free, and Tom Hanks thinks it’s a good idea. His New York Times op-ed takes us back to his Chabot Community College days when he joined “veterans back from Vietnam, women of every marital and maternal status returning to school, middle-aged men wanting to improve their employment prospects and paychecks.” Back then education at a community college was free, but since then tuition has gone through the roof, making it out of reach for millions of Americans. 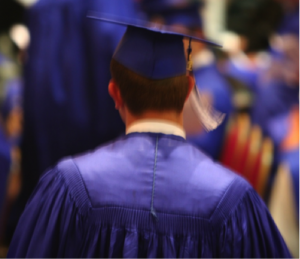 Although we have yet to see the details of President Obama’s proposal and are already starting to wonder if it has any chance with Congress given its estimated $60 billion price tag, we should celebrate the thought and the impact it could have. We should also pay special attention to how this proposal or state-level imitations of it can be used to better support the millions of students who struggle academically in community colleges and never graduate.

After graduating from Chabot College, Hanks went on to attend the State University in Sacramento – a four-year college – but did not finish. Unfortunately, his experience is a bit of an exception since just over a third of CC students receive a credential from a two- or four-year institution within six years, as a 2010 study has shown. Providing tuition will decrease the number of students who have to work while going to school, a leading culprit for non-completion. But students should be entitled to programs that focus on their academic as well as non-academic needs. For this CCs require tutoring programs, additional support classes in academic subjects (not remedial, non-credit bearing courses!), and programs that coordinate academic expectations with local high schools. They need supportive coaches and counselors who regularly check in with them to see that they have completed the right courses and accessed the resources available to them. These measures cost money but need to be a part of Obama’s CC proposal if it is going to be successful. Tom Hanks wants “veterans, from Iraq and Afghanistan this time, as well as another generation of mothers, single parents and workers who have been out of the job market” to have the same chances as the baby boomers. If President Obama wants Americans to have stories similar to Hank’s, he should push for the supporting role CCs need to take, not just the potential increase in access.

Shana Kennedy-Salchow is currently a doctoral student at Humboldt University in Berlin. Previously she worked in education policy at the federal, state, and local levels in the U.S. as well as as an elementary school teacher.