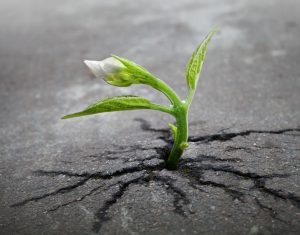 ”Lose your mind and come to your senses.” Fritz Perls

In an age of never-ending parallel conversations, screens and second screens, and an even more interesting story just one swift move away from your fingertips, the most natural and humanly intuitive things suddenly don’t come easy anymore. It’s not easy to just go for a walk. To feel the earth give way under your feet. To listen to the wind whispering cold gibberish into your ears. To feel the sun on your skin, that warm yellow massage of light. To smell the green of the trees, to gratefully breathe in what they so lovingly breathe out.

Since our feet are already in ‘vignetty’ waters, let’s go for a dive!

A vignette is an arrangement of lines, not that many, because they’re not meant to push a plot, but convey a single moment and all the waves of sensations, feelings, ideas that go with it. A vignette’s carefully selected words turn into carriers of sensory meaning – vignettes are to be consumed with our eyes, ears, noses, mouths, fingers, skin. Conflict and resolution aren’t required, neither is attachment to a specific genre or style. The language can be sparse and simple or voluminous and meticulously detailed. The truly exciting part about at a vignette can be about anything. You can write a vignette about the first day at a new job, about your cat or dog, about getting up in the morning, or simply about raclette. A vignette can be about all those dozens of daily dull moments that usually don’t seem to deserve attention, or about joy and pain oh-so rare that they may only exist in your very own world.

It’s magical to capture a seemingly intangible moment and its feelings, to relive it years later, or to share it with someone else. We take lots of pictures, ‘like’ and ‘share’ virtually anything. We leave a trail of smiley and frowny faces in the w-w-world, and that’s all convenient and at times satisfying, fun, and even important. No, the digital prevalence of our communication isn’t in and of itself bad. But I think it shouldn’t be the only means of expressing ourselves.

A professor once gave us advice about what to do when we couldn’t write, and it was something along the lines of ‘just write.’ The idea is that putting words on paper, any words – even random sentences – might cause a shift in your mind and get you into the swing of things. Well, just yesterday a friend told me she just couldn’t sit down and write her paper despite its deadline getting uncomfortably close. Since I was beginning to write this very text at the time, I couldn’t help but mention vignettes. She was interested, and remembering the professor’s words, I told her she might want to try it out. She ended up writing a vignette about that nagging feeling of not being able to do something one ought to be doing. Not only did she get into more conscious contact with the phenomenon she was battling, but she also unlocked the ‘block’ to a big enough degree that after the vignette was finished, she could face up to the paper and its intrusive deadline. On top of that, she gained a sense of accomplishment for having created a small, self-contained piece of art in a fairly short amount of time.

I think a vignette might be a perfect block-breaker. And because of that peculiar literary middle ground it occupies, it’s much more focused than random sentences, but less dense and far more liberating than many other forms of creative writing, let alone academic writing. I somehow feel vignettes are very kind to their writers.

Fritz Perls, who I borrowed some words from at the beginning, was a German-born psychiatrist best known for Gestalt Therapy, which he developed with the psychologist Laura Perls and the American poet, playwright, and psychoanalyst Paul Goodman in New York City in the 1940s and 50s. The therapeutic approach aims at attaining a state of conscious sensation, awareness of the self, the environment, bodily feelings, the present moment. Nowadays, quite a few companies encourage their employees to visit workshops on mindfulness and meditation, or even offer those workshops themselves. What they have realized, I think, is that after hours of categorizing, evaluating, and concluding, we need a break, or we’ll break. Writing a vignette might be the literary version of meditation and mindfulness, with the added benefit that you’ll have a visible result in the end – something that our modern minds surely approves of.

So, silence that buzzing slice of technology in your pocket – yeah, just for ten minutes! Look around and inside. Your surroundings and you might be full of unwritten vignettes, for example one about seasonal greetings, the imagined nostalgia of a bygone era you never experienced, or the perils of falling and failing in love…

March is almost over. But instead of slipping away unnoticed like the first months of this year, it leaves on a carriage, waving to the crowd. The sun shines like bright party lights, the tulips serve as colorful decorations, and the birds chirp cheerful music for its farewell. It feels like March is welcoming April with open arms, like they are friends who haven’t seen each other in a while.

Men in white vests serve golden drinks, fuel for classy chatter that fills this place. Brimful with a beautiful racket. All enclosed by pastel walls, cream mixed with vanilla. Calm and quiet, perfect for this wild and loud place. Whimsical white fog spawns from lips everywhere, some are crimson, some aren’t. A fog unlike that obscuring the road late at night. This one obscures only things we don’t want to think about, the way home being one of those. The good time is here.

Here the deep red vinyl upholstery is safe from the relentless sun. The envious sun, not allowing anything else to shine for long, fading the brightest crimson to dull brick red and ultimately to ash grey. May the sun never rise.

But it does. It has. Countless times. The imaginary clouds of white slowly fade away, with it comes a harsh clarity: the upholstery is the only source of red left. And it’s quiet. Quiet like pastel.

For the longest time I’ve pondered about why people fall in love. But maybe I should be asking how people fall in love. Because falling implies an accident – so that would make love an accident of sorts. And accidents happen when people aren’t paying attention. That must be the key – to not pay attention, to be unaware, to be off guard. Love – the greatest accident of all that is most likely to happen when you least expect it.

Yet the word ‘fall’ is awkward; I catch myself tripping over it all the time. Why can’t you slide, slink, or segue into love? Love – an unchoreographed dance in tune with the rhythm that only two lovers can feel.

But we don’t dance into love – we fall, and we often fall hard, initially immune to the pain that love can eventually inflict. Immune to the warnings and admonitions of friends and family. Immune to the ultimate fall – the fall from our lover’s grace.

Falling reminds me of failing – when we fall in love, we run the risk of failing in love. So why even bother? Love – that treacherous seducer leading us down a slippery slope. A slope that the newly besotted blindly follow in the hope that plunging to near death will bring them closer to the love of their life. But what would I know? I’ve never fallen in love.