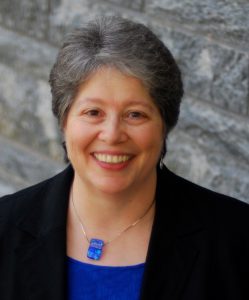 Saloma Miller Furlong is author of the ex-Amish serial memoirs, Why I Left the Amish (2011) and Bonnet Strings: An Amish Woman’s Ties to Two Worlds (2014). She has also been featured on PBS American Experience documentaries, The Amish and The Amish: Shunned. Furlong’s debut memoir opens with a meditation on death in Amish society as she struggles to come to terms with her own father’s passing. Returning for the funeral stirs up memories of her childhood, troubled teenage years, and abuse. The complex interplay between age, class, gender, tradition, and her father’s mental illness serve as obstacles to her recovery. After years of being pushed to the margins of Amish society, the young woman hits rock bottom. Ultimately, however, she takes charge of her life and makes the impossible decision to put the Amish world behind her. Why I Left the Amish is an uncomfortable story, but – at the same time – one of empowerment. In this first segment of her interview, Furlong discusses the writing process as well as the healing power of both nature and human dialogue.

Sabrina Völz: You have said elsewhere that you see yourself more as a storyteller than as a writer, and yet you have written and published not just one but two books. What is the difference between the two terms for you? Aren’t they complementary in some ways?

Saloma Miller Furlong: Yes, I believe that being a writer and storyteller are complementary, but I also see a difference between the two. If all of the readers of the American Studies Blog were sitting in front of me as an in-person audience, I would be able to sense how certain stories resonate with them. That energy ‘feeds’ the stories I tell. When I write, I cannot gauge who will read the stories, nor can I gauge their receptivity. However, after publishing two books, I now see myself as a writer more than I did before. I prefer telling stories, but writing garners a larger audience. I have been surprised at how many people have taken the time and energy to write to me after reading one or both of my books. Without these letters, I may not have the motivation to keep writing.

SV: In Why I Left the Amish, you tell about the great physical, sexual, and emotional abuse that you suffered at the hands of your father and brother and the anger you felt at having to ‘forgive and forget’ as the Amish faith demands. Certainly, you had to relive a number of traumatic experiences while writing. Can you describe your writing process and share with us how you mustered up the courage to not only tell your story but make it a matter of public record?

SMF: As a point of clarification, I was physically abused by my father, and physically, sexually, and emotionally abused by my older brother. I spent many years in intensive therapy after I left my community for the final time. Before that, I was unable to write about the abuse because it would trigger the trauma all over again. This is why it took me so many years after leaving to write the book. And then it took another 17 years to get my first book published. I believe now that it happened the way it was meant to – having my books published before my parents left this world would not have been a good thing.  Also, over the 17 years that I waited to publish my first book, I was evolving, as was my story.

As for my writing process, I have to follow my muse. There are days when stories spill out of me, with hardly a break. And then there are months of gestating thoughts and ideas before I have something to say. Perhaps this process will be different if I ever write fiction.

SV: As a result of returning home to attend your father’s funeral, you portray a spirit of reconciliation not only with your brother – who seems to show true remorse – but also with your community. Didn’t the publication of your memoir jeopardize that newly found understanding? In other words, how was Why I Left the Amish received and was there a personal cost that you had to pay for publishing it?

SMF: There were definitely personal costs to publishing Why I Left the Amish. For two years, I lost all contact with my siblings and I didn’t know if they would ever talk to me again. But to be fair, I was not in touch with either of my brothers for two years before that. After my older sister, Lizzie, died in 2009 family relations were strained, and my brothers chose to stop communicating. It could be that publishing my book prolonged that silence, but it is hard to know.

I felt the loss of contact with my sisters more keenly. Even though they had all left the Amish, the contents of the book upset them. I am gradually reconnecting with them now.

As for my original community, I had no real ties to them once my parents were both gone. My mother died a little more than a year after my father, so my community ties were already nearly non-existent. I don’t really have a good reading on how my books were received by my Amish community. I do know they read them because Amish people were signing out all the copies of my books at the local libraries.

There were also personal benefits to writing Why I Left the Amish. Even though I had been in therapy for years, I still had the need to tell my story to have my experiences acknowledged and understood by others. No matter how much I wanted to talk about my experiences with a family member, I kept being turned away because no one was in a place to hear about these experiences or the issues resulting from them. It has been gratifying to have my readers understand and empathize with my experiences, which has allowed me to bring my healing, reconciliation, and forgiveness to another level. I have also been able to acknowledge the stories my readers have shared of abuse they endured as a child, how they left a repressive religious situation, how they negotiated a marriage when two people came from vastly different cultures, or how they managed to earn a college education against all odds. Knowing that the understanding goes both ways has been rewarding.

SV: In both your books, I got the impression that from an early age on you knew that you didn’t fit in and that you perceived Amish life as extremely confining. Even as a second grader attending East Claridon Public School, you participated in school photos, even though your teacher reminded you that Amish children shouldn’t have their photos taken. Were you happy as a child? Do you have happy memories of Amish life as a teen despite the abuse and Othering you experienced?

SMF: Wow, this question really makes me sit back and think. Certainly I had happy moments as a child and sometimes even happy days. I loved going to school, and I have happy memories of being out in nature in the different seasons: picking the first flowers in the spring woods; feeling the grass under my bare feet in summer; getting big swing rides or jumping rope with my sisters; catching leaves falling from the tall trees around our house or burying each other in piles of leaves in autumn; and sledding down a long hill with my siblings in winter.

These memories live in stark contrast to those dark, winter nights of my childhood when tension lurked in the shadows, like crouching animals, ready to spring at any moment. I lived in fear at home most of the time, so school became my safe haven.

Then just a few months before my fourteenth birthday, when I graduated from eighth grade, my schooling ended abruptly. After that, I remember working so hard for such little reward. I had no words for the feelings I had going through puberty (and I didn’t know there was such a thing), and I found the dating rituals so confusing. Even though I thought the only way out of my parents’ house was to find a boyfriend and get married, I was skeptical of marriage at the time. There was the constant feeling of Othering you mention coming from the young people with whom I was associating. And worst of all, I lived in constant fear, not knowing when my father’s violence would erupt again.

To answer your questions, I do have happy memories of my childhood, but I don’t know that I could say I was a happy child. And it is hard to recall many happy memories as a teen.