By all rights, I should be a national holiday in the United States.

I am not as politically incorrect as Columbus Day which Native Americans are not really crazy about (who can blame them?);

I’m not as solemn as Veterans Day, which is more a day of remembrance for those who served in the wars than a day of celebration;

I’m not as general as Presidents’ Day that was originally supposed to only commemorate George Washington’s birthday but now has become the generic holiday for all U.S. presidents;

and I’m certainly not as cruel to the unsuspecting turkey as Thanksgiving Day is (although the tons of food that are consumed on my special day are certainly not vegetarian either).

Despite all of these discouraging facts, I feel hopeful since the people who like and endorse me will soon be in the majority – at least in California. And we all know what happens once it has happened in California, right? 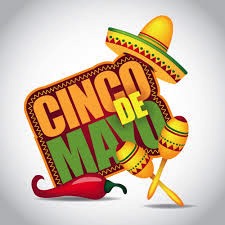 Cinco de Mayo started to come into vogue in the United States during the influx of Chicanos in the 1930s and 1940s. Eventually, it gained in popularity and spread from Olvera Street in downtown Los Angeles to the rest of California as well as into the southwestern parts of the United States.

Contrary to common belief, Cinco de Mayo has nothing to do with Mexico’s Independence Day, which is celebrated on September 16. Rather, it is a celebration of Mexico’s victory over French troops on May 5, 1862.

Cinco de Mayo, a colorful festival of Mexican culture and heritage, is celebrated in all areas with large Mexican-American populations like New York, Chicago, and Houston.