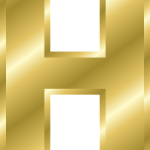 ollywood, 1936: Monroe Stahr (Matt Bomer), co-founder of the Brady American film studio, has just begun shooting a film about – and dedicated to – his deceased wife and well-known actress, Minna Davis (Jessica DeGouw). Suffering from a terminal heart condition, the young production chief has set his mind on finishing the project – the ‘baby’ as he calls it – as quickly as possible. However, Stahr’s ‘baby’ seems doomed to become a stillbirth: “This one won’t do at all,” says German consul Georg Gyssling (Michael Siberry) in a meeting with Stahr and studio boss Pat Bradey (Kelsey Grammer). Stahr is Jewish. A movie about a celebrity who was married to a Jew “offends the racial sensibilities of the German people,” as Gyssling puts it. The German Reich has just passed a law that forbids the import of any movie that contradicts Nazi ideology. Bradey – along with most other studio bosses of the time – considers it a financial risk to produce a movie that cannot be exported to the big German market. The production of the movie so near to Stahr’s heart comes to a harsh halt; the blank check Bradey offers his protégé as compensation seems like a cold comfort to Stahr.

But then Bradey’s daughter Cecilia (Lily Collins), who has set her sights on Stahr as well as the movie business, presents the disappointed filmmaker with an interesting and provocative movie idea. Using the blank check, Stahr intends to bring the idea to life with Cecilia as the producer –albeit against the will of his boss.

Viewers have not only been left in suspense about the development of the plot line, but have also been encouraged to voice their opinions. In fact, this year Amazon Studios released pilots of two drama shows and four children’s shows along with a viewer poll to determine which ones will make it to full shows. On July 27, Amazon Studies confirmed that The Last Tycoon would go into production. So far, the show’s pilot foreshadows an interesting, multi-faceted plot. Also, it implies that the full series might provide many insightful historical glances behind the scene of the dream factory. Most notable is the focus on a medially heretofore unexpressed chapter in Hollywood history: Georg Gyssling is indeed a historical character who was informally known as “Hitler’s Hollywood Consul.” A little additional research confirms the astonishing impact Article 15 – the German law referred to in the pilot – had on the creative products of Hollywood’s film studios in the Golden Age.

Fans of period pieces should definitely give The Last Tycoon a chance. Costume designer Janie Bryant has once again done a great job and undoubtedly contributed to the creation of an atmosphere that convincingly and compellingly fits setting and time period. In addition, since it depicts Nazi influence in the USA, The Last Tycoon seems to strangely fit in with last year’s winner of Amazon Studio’s viewer poll, The Man in the High Castle even though the first is semi-historical and the latter purely fictional.

Having seen both the pilot of The Last Tycoon and the drama show, The Interestings, my vote clearly went to the one loosely based on F. Scott Fitzgerald’s posthumously published novel, The Last Tycoon. If you have an Amazon Prime account, you can see for yourself: amazon.de/pilotseason