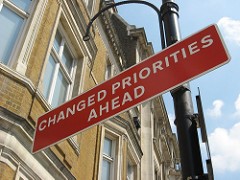 In his first speech as President-elect of the United States, Senator Barack Obama uttered the famous words which became the soundbite echoed across the world: “Change has come to America.” It was and is a highly optimistic statement, a statement that seems premature in light of the Michael Brown shooting and all that has followed since then. And I would be the first to admit that there is still much to be done in the areas of discrimination, institutional racism – well, racism of all sorts – and race relations in the United States. However, the U.S. just might not be the country that you think it is.

Change – mind-blowing change – has come to America in the last two decades.

I’ve been living in Germany now for over fifteen years and have been teaching courses on the U.S. ever since. In the early days of my teaching at Leuphana University Lüneburg, I often was asked about American positions on issues that puzzled my students, issues such as the death penalty, patriotism, the poor social net, capitalism, environmental pollution, and gay rights, just to name a few. Although I did not personally agree with the position of certain groups of Americans on many of these issues, I tried to help my students understand their perspectives.

I am also the first to admit that the United States is a large, diverse country, so if you look hard enough, you can find examples for whatever position it is you want to take about the world’s oldest democracy still in existence today. Recently, I have been encouraged by several emerging trends.

Let’s take a look at the death penalty: Since 2000, seven states have abolished it: New Jersey and New York (2007), New Mexico (2009), Illinois (2011), Connecticut (2012), Maryland (2013), and Nebraska (2015). Seven states! Twenty years ago, this abolitionist movement would have been simply unthinkable, as would have a 5-4 ruling of the Supreme Court to guarantee the constitutional right to same-sex marriage in June of last year.

And since The Affordable Care Act went into effect in 2014, all U.S. citizens have access to an affordable, minimum standard health insurance. So take a look at the Kaiser Family Foundation’s video to see what the bill is all about.

To date, 16 million previously uninsured people have gained access to coverage. Before the Obama administration, four other U.S. Presidents (Harry S. Truman, John F. Kennedy, Richard Nixon, and Bill Clinton) went up against the deep-seated American value of self-reliance and tried – unsuccessfully – to establish universal health care coverage for Americans. This insurance includes preventative care, hospital coverage as well as the same premium for men and women. Moreover, the law prevents denial or cancelation of coverage for pre-existing conditions and lifetime dollar limits. So The Affordable Care Act is truly an historic achievement. Let’s hope that the law is not repealed. Republicans have repeatedly tried to overturn it and have promised to do so should they take the White House in the next election.

In addition, legalizing the recreational use of marijuana comes to mind when I think about recent shifts in public opinion. 24 states have already legalized pot for medicinal use, but 2012 brought about the legalization of the recreational use of pot in Colorado and Washington. In 2015, those states were joined by Oregon and Alaska. Other states have ‘decriminalized’ or reduced the penalties for possession of marijuana. In Massachusetts, California, and New York, for example, possession of up to one ounce of the drug will only land adults a mere $100 fine instead of time in jail. American popular opinion has certainly come a long way from Nancy Reagan’s “Just Say No” campaign. And there is certainly more to come in 2016. For those interested, the U.S.A. Today has a well-researched overview of the legal changes.

Certainly, not all Americans support all of these changes. In fact, many might find them quite frightening. However, for me, change has indeed come to America. And, for the most part, I like what I see.