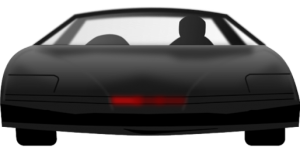 Hasselhoff’s influence on Germany and its capital Berlin seem to be due to historical circumstance. In the 1980s, young Europeans were strongly influenced by an anti-Cold War sentiment which also made its way into pop culture and the music of the time. Songs like “99 Luftballons” by Nena and “Everybody Wants to Rule the World” by Tears for Fears are just two examples. At the same time, Hasselhoff decided to start his singing career. In 1988, he released his single “Looking for Freedom,” which became an instant hit all around Europe but especially in Switzerland, Austria, and Germany, where it held the No. 1 position in the charts for 8 weeks.

Hasselhoff’s song was obviously less politically charged than the aforementioned songs, but it featured a happy upbeat to which people enjoyed dancing. Additionally, the German-speaking crowd was already familiar with the melody. German music producer Jack White had previously released the song in 1978 with folk singer Tony Marshall, singing in German “Auf der Straße nach Süden” (On the Road to the South). This song, too, had been a major hit.

As Hasselhoff was the most popular and best-selling artist in Germany in 1989, German broadcaster ZDF invited him to perform the song on their New Year’s Eve event at the Brandenburg Gate. Hasselhoff was eager to accept and performed the song in front of an excited crowd of reunification activists, wearing a leather jacket featuring blinking lightbulbs and a scarf with a piano keyboard pattern.

While it is nice to imagine that it was Hasselhoff’s voice alone that blew the Berlin Wall away, it is important to note that it was already being deconstructed at this time. Earlier that year, a series of protests in East Germany and Eastern Bloc countries, such as Poland and Hungary, had caused a chain reaction that had resulted in the East German government opening the wall for travelers. Merely seven weeks before the concert, on November 9, 1989, news outlets all over the world reported that the Berlin Wall had finally fallen. As the images of Hasselhoff performing in front of the Berlin Wall resurfaced without context in the 90s, paired with the jokes featured on Saturday Night Live, many international viewers began to think – or at least hope – that it was “The Hoff” himself who inspired the East Germans to stand up to their regime.

Considering that Hasselhoff’s performance took place 30 years ago, many would imagine that Hasselhoff’s popularity in Germany, especially among younger Germans, has diminished. One hostel in Berlin, however, is on a mission to preserve Hasselhoff’s legacy. The first and so far only David Hasselhoff Museum in the world opened in the basement of the popular hostel, The Circus, in 2015 in order to “pay homage to the man who brought down the wall with his voice and this epic scarf,” as the owners write on their homepage. At first only a giant portrait of “The Hoff” had attracted tourists to take selfies; then the hostel started to collect knick-knacks depicting Hasselhoff’s career. Nowadays, visitors can marvel at various props from Baywatch, like Hasselhoff’s red swimming trunks and lifebuoy.

The centerpieces of the small museum are without a doubt a piece of the Berlin Wall and the piano-scarf the singer wore during his performance on New Year’s Eve 1989. A plaque above the items informs the visitors that Hasselhoff himself “tore down the Berlin Wall […] freeing millions of eastern Europeans from communism. Forget what the history books say.” Despite the good-natured irony of the exhibit, David Hasselhoff, who visited the museum in 2016, said that he felt very honored. After all, he still laments the fact that he is not mentioned at the Checkpoint Charlie Museum.

Hasselhoff, still fond of Germany and its capital, toured the country in 2018 and is already planning on coming back in 2019. Not everybody will understand “The Hoff’s” significance, some still don’t even know who he is. Yet it is safe to say: Germans love David Hasselhoff. Because: Wasn’t he the one who tore down the Berlin Wall with his voice?

Aaron Baumgart studies American Studies and German Literature at Humboldt University, Berlin. He is particularly interested in fiction featuring diverse characters and cultural theories that challenge social norms. In the future, he would like to work as a publisher in order to bring those texts to a bigger audience.