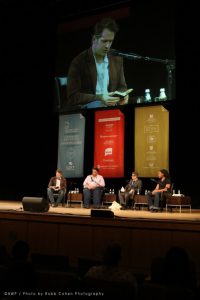 Writers are a special breed. Constantly shifting through their perception of the environment with detailed attention, they store and analyze any piece of information on the endless shelves of their flourishing mind. Everything is of value. The way the grumpy barista was holding the pen as he scribbled their name on their cup of take-away coffee; the momentary silence before a daughter answered her mother, assuring her that she would be home in time for dinner; the way he brushed her cheeks ever so slightly, tracing the outline of her cheekbone with the tip of his thumb as they sat on the park bench next to each other, their eyes drinking in each others’ presence.

Writers are like magicians. They turn to the world for inspiration to create a universe of their own, using a handful of words to later engage their readers. They feed the pages of a satirical play, a lost romance, or a spectacular crime. I’ve always found writers fascinating.

When I came to America as an exchange student in the spring of 2015, I was burning with curiosity but rather shy of expectations. Little did I know that the U.S. would be my literary haven.

I spent the semester reading fiction for Bluestem, a literary magazine published biannually by the English faculty at Eastern Illinois University. All of a sudden, I was given a voice — one that potentially determined whether or not a story would be published. Then in early April, yet another surprise: As part of the Bluestem reading staff, I was offered a ticket to AWP — an annual conference of The Association of Writers & Writing Programs. One glance at the schedule of this four-day event made one thing very clear: It was the place to be for writers from around the world.

Now, one writer may be intriguing. 12,000 writers are downright scary.

Together with the editor and a fellow reader and friend, I drove from Charleston to Minneapolis in nine hours. Not only was I given enough time to re-evaluate my openness towards doable road trips according to the American way of life (the same distance would have easily allowed me to visit several European countries), but also the time on the road worked magic on our anticipation and excitement, which seemed to grow further with every mile we left behind.

The convention center in Minneapolis was like a beehive. Diligently but with a strange spark of excitement in their eyes, people set up the tables, fanned out flyers and post cards, hung up posters, and handed out freebies. By the time the doors were opened to the public, I found myself in the middle of a parallel universe. At the book fair, our duties involved two major tasks: selling magazines and getting people to participate in our postcard-writing contest.

“Hi, have you heard about Bluestem? We publish poetry, prose, and non-fiction at EIU in Illinois,” I would blurt out to random strangers so fast that I sometimes didn’t understand myself. With hundreds of people walking past hundreds of tables, you had to get their attention quickly. Exhausted, overwhelmed, but utterly happy, I later made my way to panel discussions and readings. I listened to published writers talk about the danger of exploiting stereotypes when facing topics that are not our own, became mesmerized as I took notes on Michele Morano’s compelling reading of her essay “How to Cross a Street in Mumbai,” and followed the discussion of male dominance in travel writing despite the momentary success of works such as Cheryl Strayed’s Wild.

Tired and at a loss for words, I fell asleep that night, dreaming of books and letters and postcards and pens and writing programs and contests to submit to. At a convention where everything seems so tempting, it is impossible to see or do everything. In the evening of day two, it somehow became impossible to focus no matter how much coffee I had put into my system. While several people and numerous online articles had advised me to create and follow a clear schedule, it seemed downright impossible to keep up. There was so much to do, so much to see, so many exciting people to talk to or even be in the same room with.

But I won’t lie. AWP wasn’t all rainbows and butterflies. At one point my self-esteem dropped to the point where it was pretty much nonexistent. Among all these people who seemed like unicorns stepping right out of my favorite fairytale, who knew how to talk books and literature in a way that I couldn’t possibly keep up with, my personal insignificance became clearer than ever. It was excruciating. 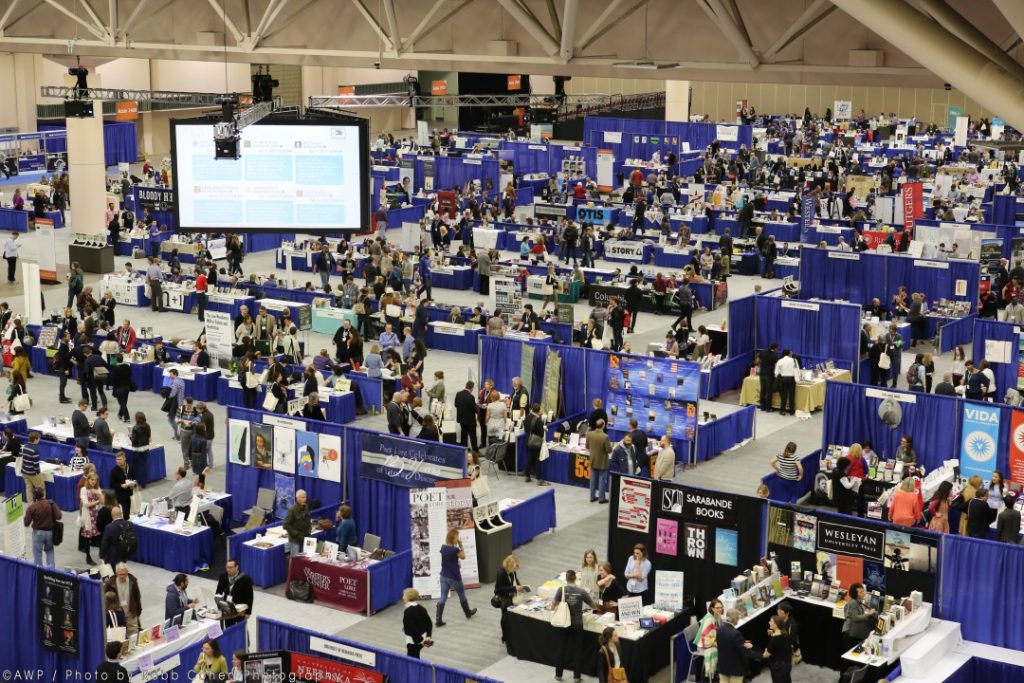 But I connected with strangers who all shared this deeply rooted love for words; strangers who floated, swam, and struggled in the same uncertain waters of this mesmerizing pool of stories. At the end of the day, we were in it together — 12,000 fish in the pond that was AWP. At night, we went out for drinks and danced and listened to readings and celebrated each other’s success, which might still be a long time coming. We love to write — that’s all that mattered at that moment.

One day, I’m sure I’ll be back for more. Maybe I will be less overwhelmed and more prepared the second time around. Maybe I’ll have a manuscript to present to editors or a degree from an MFA program to rely on. I might even have a schedule and know how to phrase my opinion on the latest work of underrated author X in a way that people will look at me with admiration and bob their heads approvingly. Then again — maybe I won’t.