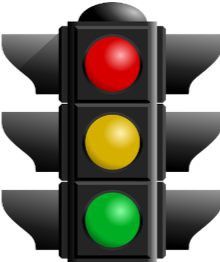 “Do they have traffic lights in Ireland?” This was a naive question posed to my cousin on a visit to the United States in the 1980s. To my pre-teen intellect, this was the kind of insult that demonstrated the height of American ignorance my friends and I so often scoffed at. There was laughter at such a ludicrous concept.

The image of Ireland as backward bordered on comical and more often, irritating. After all, we were a nation with a deep history and a rich culture with literary giants like James Joyce, Oscar Wilde, and W.B. Yeats. Musically, we boasted the renowned talent of everything from The Dubliners and Thin Lizzy to the global phenomenon of U2. In our minds, we might be a small island, but we were extremely proud and accomplished.

As a teen, it was easy for me to bask in the smug superiority of my deep and eventful heritage. Despite my youthful dismissive interest in my country’s history or literary talent, I was swift in its defense of criticism or judgment by outsiders, especially if they were American. There was a certain air of condescension among my peers on the idea of historical culture within the U.S. To us, “American Culture” was an oxymoron. In my mind, gaining independence in the late 18th century hardly qualified. Historically, the United States were just out of diapers. How could such a modern society compete with European countries’ cultures that were thousands of years old?

Yet, it is this ‘modernity’ that drew hundreds of thousands of Irish like me to the United States. It had glamour and glitz, drive throughs and Hollywood, big cars and even bigger houses. It was a land of excess. Promises of wealth and opportunity. These were the shiny dazzling baubles that tempted me. I was willing to overcome the shortcomings of a lack of culture for the material rewards I was desperate to experience. And I was not disappointed: America has all of the above in abundance. The drive to succeed permeates all areas of life and is a strong trait that has catapulted the country into a global world power. There is a mentality of ‘anything goes’ which is liberating and allows for self-improvement – be it material or emotional – that is not just embraced, but heartily celebrated. It is this mindset that gave me the courage to attend college for the first time as an adult in my late forties. And so my education began.

As a history major, I delved into the unending tales of European history. American history, an obvious required component of any undergraduate history degree in the U.S., filled me with dread. In all honesty, the word ‘boring’ came to mind. My old ignorance was alive and well. A professor teased that he would convert me to American history, but I doubted I could be swayed. Several classes later, I’m humbled by the level of my own ignorance and prejudice. Every book  I’ve read and every course I’ve has deepened my understanding of an undeniably eventful history. Advanced civilizations that rivaled any of its European counterparts existed long before European invaders coveted the prosperous land. In light of my illuminating education, I’m both mortified and humbled by my own ignorance. I also smile at how fitting it is that the education of my mind took place in the country I once believed to be culturally inferior to my homeland. Earlier reservations are fading, and I find myself excited and desperate to learn more about the United States. Undoubtedly, the U.S. has a rich, complex, and diverse culture and clearly one that I can learn from. It can rival any country, even Ireland. And yes, we do have traffic lights in Ireland. Naivete and ignorance often swings many ways.

After working for many years and raising two children, Deirdre Hutchison is pursuing a degree in History at the University of Massachusetts, Lowell. In her spare time, she likes to read, travel and spend time with her family.