Have you ever heard the expression “keep the ball rolling” and wondered about its origins?

An antecedent of the phrase stems from the British “keep the ball up,” but the phrase itself is only 180 years old and originated during the 1840 presidential election between Democratic candidate Martin van Buren and Wig candidate William Henry Harrison. In this election, Harrison’s presidential campaign introduced so-called victory balls – globes made from tin and leather, about ten feet in diameter, that were pushed from one campaign rally and from one town to the next. Photography was not around in the 1840s, of course, but according to illustrations from the time, these victory balls looked something like this:

But this is only the beginning of the story:

END_OF_DOCUMENT_TOKEN_TO_BE_REPLACED 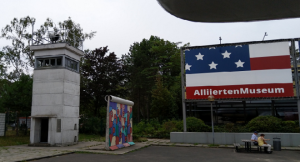 END_OF_DOCUMENT_TOKEN_TO_BE_REPLACED

Soccer star Megan Rapinoe has a twin sister, but everyone recognizes that they are fraternal twins because Megan certainly is one of a kind. She’s unique from her bright pink hair to her red hot feet. It’s her feet that made her famous, starting in 2005 with her role in the NCAA championship win for the University of Portland; she made the U.S. national team the next year.

In the 2011 World Cup, she played in all U.S. games. After one goal, she grabbed a microphone and sang Bruce Springsteen’s “Born in the U.S.A.” At the 2012 London Games, she scored directly from a corner kick, making her the only player to have done that in Olympic competitions. In this year’s World Cup, she scored six goals, one of only four players in the tournament to achieve that. She was the only player in this year’s tournament to score two goals each in consecutive games.

Off the field, her mouth and her heart are as active as her feet.
END_OF_DOCUMENT_TOKEN_TO_BE_REPLACED

No, this blog post is not about conspiracy theories connected to the Apollo program, Apollo 11, or the moon landing. Instead, it is about an alternate universe in which the first moon landing had a less fortunate ending, a “there but for the grace of god” in reverse. 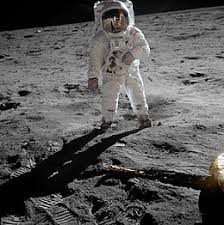 successfully landed on the moon, completed their famous moon walk, taken photographs, collected about 20 kg worth of lunar rock and soil samples, and have finally re-entered Eagle (as they named their lunar lander). They’ve slept for a good seven hours, and, now that they are both awake again, the time has come to lift off from the moon, to get back into lunar orbit, rendezvous with Columbia, where their crewmate Michael Collins is awaiting their return, and to, ultimately, head back to earth.

So Armstrong and Aldrin fire the Eagle’s engine.

END_OF_DOCUMENT_TOKEN_TO_BE_REPLACED

When my colleagues and I started this blog, I would have never in a million years thought I would be writing about a bank. But nearly five years later, here I am. I wouldn’t even be surprised if this story ends up as a case study in business textbooks around the globe.

Prior to the Amish Conference 2019 on Health & Well Being in Amish Society held recently at Elizabethtown College in Pennsylvania, I went on the Amish Enterprise Tour which introduced conference participants to Amish businesses in the area: Ruth Anna’s Gluten-Free (wholesale) bakery, DS Stoves, and The Bank of Bird-in-Hand.

Today, farm land in areas, such as Lancaster County, heavily populated by various Amish groups, is hard to come by and quite pricey. With an average of 6 to 7 children per Amish family, farming is no longer an option for everyone. Thus, more and more Amish, including women, are opening up their own cottage industries and small businesses. Apart from religious considerations that need to be negotiated with their church leadership, Amish entrepreneurs have encountered similar problem to those of many people in mainstream society while starting small and mid-sized enterprises. Branch banks founded in other parts of the country often do not seem to be interested in small loans and fail to understand the local people and their ways.

In order to meet the needs of this segment of the population, 15 people, 10 of whom were Amish men, decided their area needed a community bank. So they did like the Amish do. They rolled up their sleeves and got to work. The Bank of Bird-in-Hand is the result of the joint venture between Amish and non-Amish investors as well as professional bankers. The Gelt Bus (Pennsylvania Dutch for “Money Bus”) was only one of the adjustments to traditional banking that had to be made.

END_OF_DOCUMENT_TOKEN_TO_BE_REPLACED 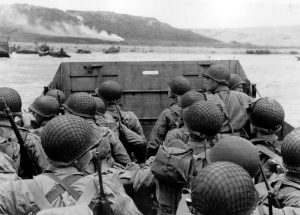 Only a handful of history’s myriads of dates is universally remembered even outside the domain of academic history. June 6, 1944, is one of them. It was the day 156,000 Allied troops landed on the beaches of German-occupied Normandy. It was D-Day.