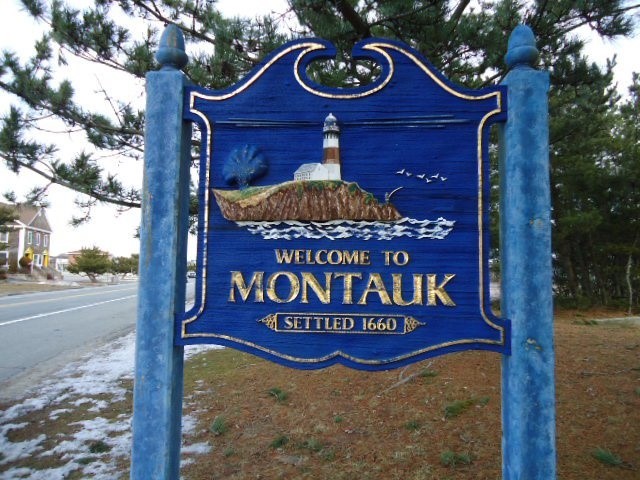 Have you ever talked about a past event with someone who was involved in it and came to a point where you and that someone didn’t quite agree on how, where, or even if something had happened? This can be amusing or awful, but it surely makes us ponder about truth, perception, and the relationship between the two.

And so does Showtime’s TV drama series, The Affair.

The pilot episode starts in medias res with a police detective (Victor Williams) interrogating our male protagonist, the teacher and semi-successful novelist, Noah Solloway (Dominic West). The detective wants to know “how this whole mess got started.” This is when it dawns on us that what we’re seeing isn’t what’s happening right now. It’s merely Noah’s recollection of what has happened. Through Noah’s lens of memory, we learn that at the beginning of the story he’s happily married (with 4 kids) to Helen (Maura Tierney), his high school sweetheart. During their summer vacation in Montauk (Long Island, New York), their lives change radically when Noah meets Alison Lockhart (Ruth Wilson). It is from her perspective that the second half of the episode is told. Alison is a waitress and unhappily married to Cole (Joshua Jackson). They’ve never really seemed to get over the death of their toddler who’d died in an accident not long ago. As soon as she and Noah are on the screen together, we realize how this whole mess got started.

END_OF_DOCUMENT_TOKEN_TO_BE_REPLACED 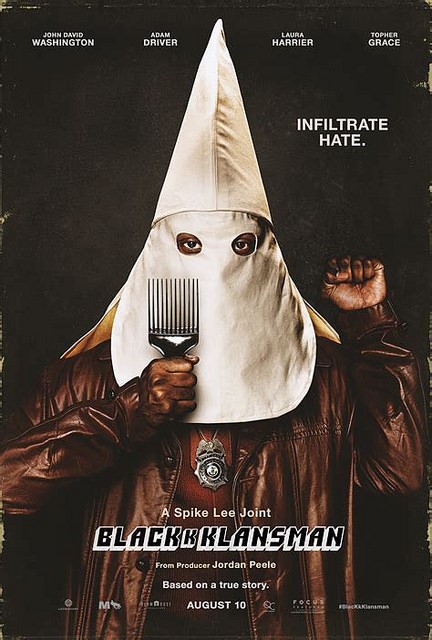 It is an interesting situation: a black cop infiltrates the Ku Klux Klan, the most storied white supremacist group in the United States. How could this new undercover officer resist the temptation? How could he get past the one main obstacle: his blackness?

It is an interesting plot: a white cop playing a black cop, two people posing as one voice and one personality, but one black and one white. How could a filmmaker resist the temptation? How could he get past the one main obstacle: that the Klan was a tired old group in the early 1970s and an anemic antagonist. The book, Black Klansman: A Memoir by Ron Stallworth, is interesting – but is the movie?

END_OF_DOCUMENT_TOKEN_TO_BE_REPLACED 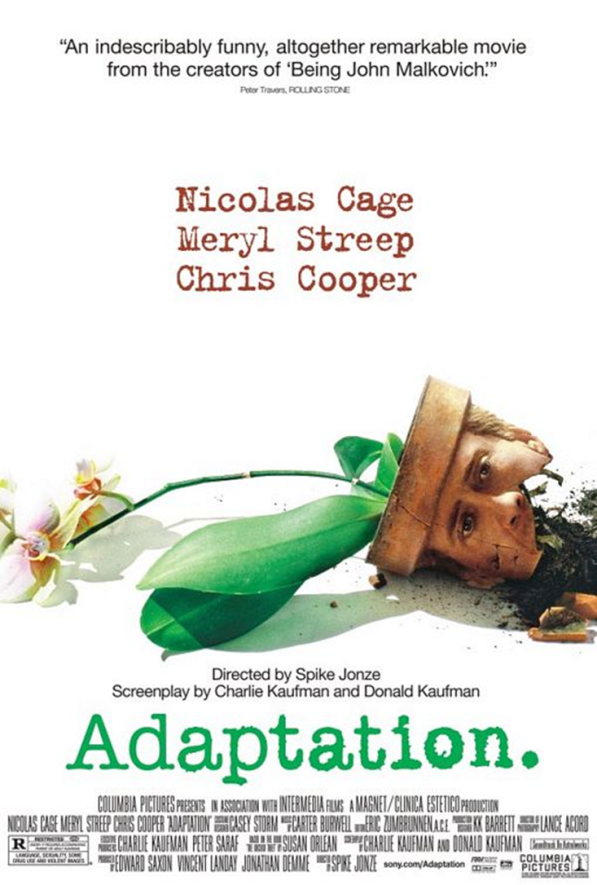 Adaptation is an oldie but goodie with an excellent cast of characters. Screenwriter Charlie Kaufman (Nicolas Cage) is supposed to write a movie adaptation of Susan Orlean’s (Meryl Streep) non-fiction book, The Orchid Thief. The emphasis is on ‘supposed to’ because he doesn’t.

We accompany Charlie trying to overcome his severe writer’s block by pursuing his work without a plan. In the process, we witness his soul-crushing rampages of self-loathing, short moments of seeming progress, and tragically unfulfilled desires. All the while, Charlie’s much more lighthearted twin brother Donald (Nicolas Cage in a double role) naively pursues his own screenplay endeavors. Also, the audience dives into the book along with Charlie and get a glimpse into the life of orchid thief and breeder John Laroche (Chris Cooper). Initially, the film is nothing but bizarre; however, gradually it becomes inspiring and holds quite a few surprises for unsuspecting viewers.
END_OF_DOCUMENT_TOKEN_TO_BE_REPLACED

Yes, ok. So the film is twelve years old? It’s funny and clever, and it features some of the best actors and actresses Hollywood has to offer. (How often do you get to see Emma Thompson, Dustin Hoffman, Maggie Gyllenhal, and Queen Latifah in one single movie?) In short: Stranger Than Fiction is a classic. Unfortunately, it’s a classic not many people know. Well, we’re going to change this now.

END_OF_DOCUMENT_TOKEN_TO_BE_REPLACED 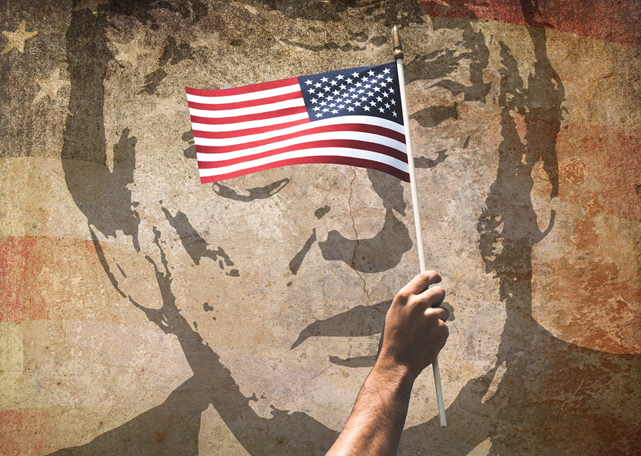 After the general introduction to Hochschild’s treatise last week, let us now pursue a deeper analysis. The “deep story” of the Tea Party movement in red states is a story through which its advocates pursue an “emotional self-interest” (in addition to an economic self-interest) as Hochschild emphasizes. Ironically, while her interviewees adamantly refuse to participate in what they consider a culture of victimization – meaning a culture that seeks to remedy systemic inequalities – populist white male politicians, such as Donald Trump, nevertheless provide them exactly with those empowering moments of identity politics that they reject in women, minorities, or refugees. As Hochschild puts it in her conclusion, although “victims” would be “the last word my Louisiana Tea Party friends would apply to themselves,” they are “sacrificial lambs to the entire American industrial system.” Hochschild’s use of quasi-religious terms is telling. She ascribes to Trump’s rallies a religious, cultic quality which, through invocations of “dominance, bravado, clarity, national pride, and personal uplift,” transforms the crowd’s sense of shame and alienation into feelings of elation and belonging. These concluding observations of Strangers in Their Own Land show the deeply troubling aspects of the Tea Party, most of all the manipulation of the masses through the promise of uplift, unity, and power in a way that uncannily resembles extremist, fascist ideologies.

END_OF_DOCUMENT_TOKEN_TO_BE_REPLACED 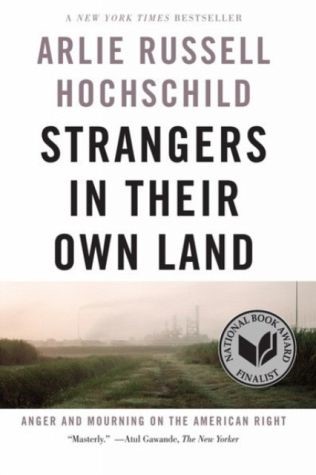 In January 2017, I listened to an interview with UC Berkeley sociologist Arlie Russell Hochschild on National Public Radio about her New York Times bestseller. But it was not until a friend of mine recommended Strangers in Their Own Land that I actually read it. My friend commended the book less for a more informed understanding of the rise of the Tea Party and – by implication Trump – but rather for providing an empathetic, humane perspective of the supporters of the American conservative party, especially its populist right wing.